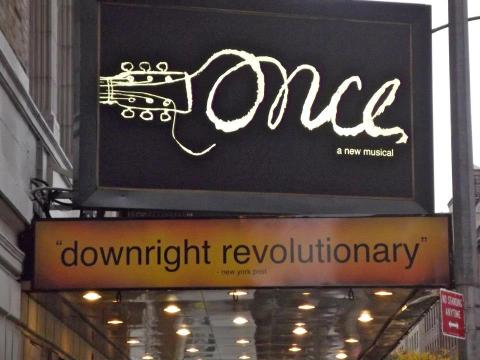 After anxiously waiting, the day had finally arrived where we had the opportunity to go see Once on Broadway with Marist.

With our tickets in hand, we got off the bus and started the long search around the city for somewhere to eat; you could tell everyone was hungry. We were on a mission and when someone suggested a diner, we knew exactly where to go. Naturally, we found our way to the Stardust diner. Now, for those of you who don’t know what the Stardust diner is, it’s a restaurant where the waiters and waitresses perform while they serve. They perform beautiful broadways songs as well as songs like Whitney Houston’s “I Wanna Dance With Somebody” while serving up hamburgers and nachos. The music is contagious too. It makes you want to dance in your booth or get up there and sing with them.

As expected, the show was a hit. Everyone loved it. Between the breathtakingly passionate music, the extraordinary orchestra and the astonishing acting, Once brought tears to my eyes during almost every song. The best part about it was the fact that the actors stayed on stage the entire time. When they weren’t acting, they were a part of the orchestra. It was the most unique and exceptional show I’ve ever seen and I would see it again in an instant. In fact, some of the songs are still stuck in my head.

The ride home was long but we made it eventually and you can be sure that I went on iTunes and bought the Once The Musical Soundtrack. 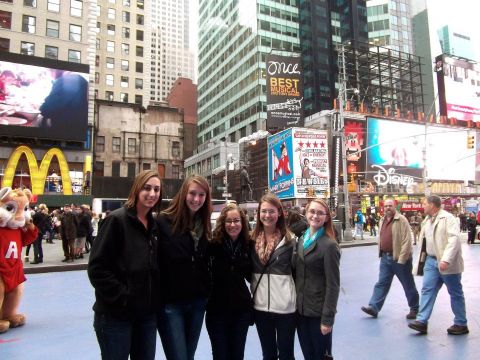