Did you know that Marist College has an Ethics Team? Probably not, but that’s okay because I did not know that we have an ethics team until I got invited to join it! The School of Management selects two teams of five students every fall to participate in a debate competition about ethical dilemmas. 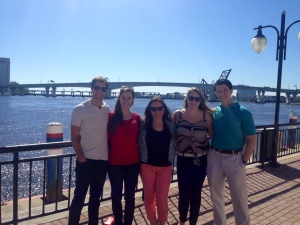 The Association for Practical and Professional Ethics hosts 10 regional Intercollegiate Ethics Bowl competitions around the nation each fall. In November, a group of Marist students traveled to Sacred Heart University in Connecticut to represent Marist at the Northeast Regional competition. The competition is tiered and every team of three to five students participates in at least three rounds of debates. The top eight teams proceed to quarterfinals before one team ultimately wins. Then, the 32 best teams from around the nation qualify to compete in the national competition.

The debates are always about ethical topics, which are given to the teams in advance. Teams can choose whichever side of the argument they like and support their position. During each round, two cases are debated and each team gets an opportunity to present first. A panel of three judges score the teams based on clearness of the presentation, ability to identify and discuss the ethics associated with the case, talent to thoughtfully consider both sides of the argument, ability to respond to the other team’s rebuttal, and the capability to respond to judges question. In November, Corrine Bruckenthal, Madeline Kachou, Jacob Solly, Ryan Ellman, and myself debated about issues including Google cars, eating meat, academic cheating, the criminalization of HIV transmission and many others. All of our hard work and preparation paid off! After participating in the semi-finals of the North East regional competition, we qualified for Nationals. 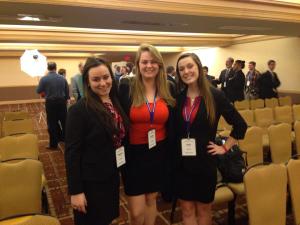 Last week, our two coaches and the five of us traveled to Jacksonville, Florida for the national competition. All of us were excited to escape the cold weather for a few short days! We enjoyed swimming in the hotel pool and sitting outside at restaurants during our study breaks, but Thursday, February 27th was game time. Our first round was against the University of Richmond, our second round against Weber State and our third round was against Illinois Wesleyan. Throughout the day, we debated about various topics including patent trolling, Indian surrogate mothers, the Affordable Healthcare Act, off-label use of prescription drugs, renaming already dedicated parks and the post-treatment of radioiodine patients. We finished in 13th out of 32 teams, which unfortunately did not qualify us to move on to quarterfinals, but it is the best that Marist has ever done before.

Now that we are back at Marist, we are all looking forward to participating in the ethics competition again next year. Four out of the five of us that participated in this competition last week will be returning seniors next year, so we are confident that we have the experience and knowledge needed to succeed again next year. Ethics team is just another great example that Marist truly does have countless opportunities to offer students.