With Halloween fast-approaching, you’re probably in the mood for a good scary movie. And as every college student knows, when it comes to movies, Netflix is the almighty savior. So gather around your dorm-sized television, turn out the lights and make some popcorn—preferably without setting off your dorm’s fire alarms—because these are the thirteen best scary movies on Netflix. 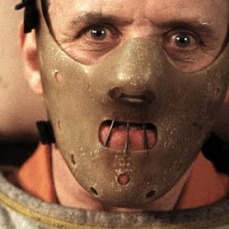 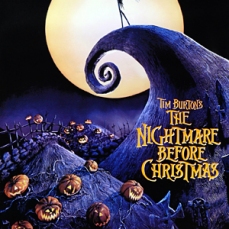 1. The Blair Witch Project (1999)
An absolute classic. It started the wave of found-footage/first person-camera horror movies (you can thank it for the abomination that was “Cloverfield”). It follows three student filmmakers who go hiking in the Black Hills of Burkittsville, Maryland in search of a local myth known as the “Blair Witch.”

M. Night Shyamalan directs this supernatural horror film. A group of people get trapped in an elevator. Can you guess which one is possessed by the Devil?

3. Donnie Darko (2001)
This cult-classic involves a six-foot tall bunny, time travel and Jake Gyllenhaal. What more could you ask for? After narrowly escaping death, Donnie Darko (played by Gyllenhaal) experiences strange visions and seeks to uncover the truth behind them.

A really underrated British film set in the 1920’s. A woman devotes her whole life to disproving ghosts exist, but when she visits an all-boys boarding school, even she can’t explain what’s been going on. The movie is more of a psychological thriller than a true horror film, but it has strong acting, deep characters and a great twist.

5. The Cabin in the Woods (2012)
Five friends take a trip to a cabin in the middle of nowhere. What could possibly go wrong?

What starts out as a cheesy slasher flick quickly turns into a movie about a bad-ass woman dismantling her would-be killers. There’s a lot of gore and some suspect acting, but it ends in a twist that everyone can appreciate.

7. Tucker & Dale vs. Evil (2010)
If you’re looking for something a little different, check out this dark comedy, which mocks all the clichés of the horror industry. Imagine “Shaun of the Dead” meets “Texas Chainsaw Massacre.”

8. The Silence of the Lambs (1991)
In one of the most famous and critically acclaimed horror movies of all time, a young FBI agent (Jodie Foster) tracks down a serial killer who skins his victims. This also falls into the category of a psychological thriller, instead of a true horror film.

9. The Possession (2012)
A young girl ends up in possession of an antique box that harbors malicious spirits. There’s some impressive effects, several scenes that will make you jump and a celebrity cameo from musical artist Matisyahu.

Although it’s not a movie, American Horror Story is a chilling series which changes story-lines each season. The show is currently midway through their fourth season, “Freak Show.” Sadly, only the first two seasons are on Netflix.

The Pumpkin King, Jack Skellington, takes us on a musical journey through his struggle for identity. We join the creatures of Halloweentown as they step out of their comfort zone and try to take over Christmas. While the scare factor in this movie is low to non-existent, it’s a whimsical classic that is always a crowd pleaser.

12: Rosemary’s Baby (1968)
The oldest movie on this list is also one of the most highly acclaimed. “Rosemary’s Baby” is a fascinating film about one woman’s paranoia over her unborn child. This film might leave you questioning everything and everyone around you.

13. Scream (1996)
You know the story: a masked killer terrorizes a group of local high school students. It’s one of the most popular horror movies from the 90’s and, if it doesn’t scare you already, just know it’s based on a real life string of murders.

If you’re interested in other scary movies, you can stream them directly from Marist’s own movie streaming website.

Or visit the Student Center to rent any of these movies from Student Activities for just $2.00.