Who would have ever thought that the Housing Office would be responsible for our Marist love story? But it’s true. Travis Tellitocci ’04 and I met on Move-In Day senior year. I was placed in C7 of the Foy Townhouses and he was in C6. That morning, he and a few of his roommates helped me move some boxes into my room, and the rest was history!

We continued dating after college and weathered a long-distance relationship that had Travis with the New York Mets and me with the New England Patriots. Incredibly, we both landed positions back at Marist a few years later, Travis in the Athletics Department and me in the Office of College Advancement. On October 22, 2009, Travis set up a surprise meeting in front of C6 and C7 and asked me to be his wife!

We were married in the Marist Chapel on July 24, 2010. It was an incredible day that brought together many Red Fox friends. The boys of C6 even managed a reunion in their old townhouse. Four years later we welcomed a beautiful baby boy who was christened by our campus chaplain and friend Fr. Richard LaMorte. 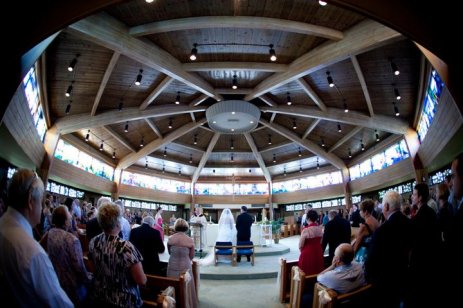 We are both still happily working at Marist and have each added another diploma with a set of master’s degrees in 2014. We couldn’t be more thankful for all the incredible opportunities Marist has provided. We’d like to wish a Happy Valentine’s Day to all the Red Fox sweethearts and extend a huge thank you to the Marist Housing Office for starting our love story! 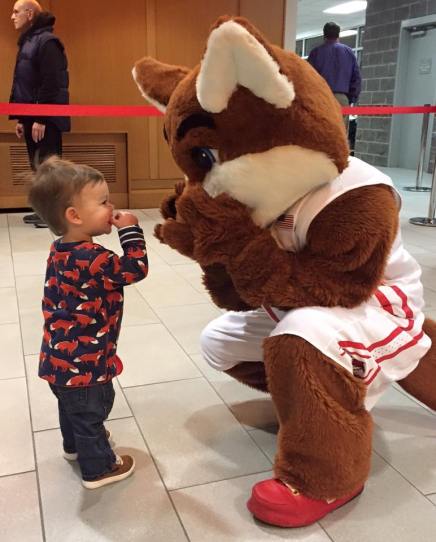 Thank you to Travis and Bobbi Sue for sharing their sweet story with us!

Submit your own photos here.

P.S. Don’t be shy, please leave a comment below. 🙂