Lights, Camera, Action. This past weekend, multiple Marist Students gathered on stage to sing some popular broadway tunes in hopes of raising money for Broadway Cares, an organization that raises money for HIV/AIDS. The organization also funds the service work of “The Actors Fund”, as well as awards multiple grants to other AIDS/HIV organizations.

Recently, I was able to have the pleasure of sitting down with sophomores and first year members, Samantha Hesler and Emily Jones who provided me with a inside scoop on Marist Singers, and what went on from preparation, to behind the curtain, and of course show night!

Q. What is Marist Singers? How did you find out about it?

A. Marist Singers, is a club here at Marist that is composed of a group of students who love to sing. I found about the club, during Marist Accepted Students Day, when I bumped into one of the singers that was involved. Listening to her talk, about her experiences in Singers made the club sound like it was not only very welcoming environment, but fun and exciting. I immediately wanted to join. One thing that really wowed me about the club, was the fact that they travel to Disney every other year to perform!

Q. What is your favorite part about being in Singers?

A. One thing I really love about Singers is the variety of music we get to perform depending on the upcoming concert theme. Themes range from International music, Christmas music, and Love Songs. Performing different types of music allows us to experiment with different technique. Another thing that I love about Marist Singers is the director Sarah. She is so energetic and creates this warm, fun environment that everyone wants to be around. We all call her mom!

Q.What is your typical day like as a Marist Singer?

A.My typical day as a Marist Singer takes place on Tuesdays and Thursdays from 6:30-7:45 pm, where we have a weekly meetings. We begin the meeting by splitting up the males and females into separate rooms and warming up for 5 to 10 minutes. After we are broken up and completed our warm ups, we spend our time sight reading pieces, and breaking them down into parts based off of strengths and weaknesses of certain individuals. After, we have run through the piece a few times, we meet back up with the male singers for the last 30 minutes and practice as a group. One thing I really love about the club is that we really try to make use of every minute of rehearsal time so no minute goes to waste.

Q.Looking back at the theme Broadway at this past event, What is your favorite show that you have seen on Broadway?

A. My favorite show on Broadway is definitely Wicked! I have seen the show three times and it never gets old! If you have not yet seen it, I highly recommend it! The show not only tells a remarkable story about how the Wizard of Oz came to be, but the actors really do a spectacular job getting into character. The music and colors, make the show all the better. For Marist Singer Emily, her favorite show she saw thus far is Kinky Boots. She believes, the show has a great message and should be considered an out of the ordinary show.

Q.What does the organization Broadway Cares mean to you?

A.For me, it was a great way to showcase my talent, and raise awareness to what many people with HIV/AIDS are going through. Our director Sarah, brought up a great point prior to rehearsing, where she said “We don’t know these people but we are helping them with little everyday things”. By singing in our charity event, A Night on Broadway, we are becoming apart of something greater and making a difference in many people’s lives. People who suffer from HIV/AIDS go through so much pain on a daily basis, and that just made all the time and effort that we put into the concert all the better. 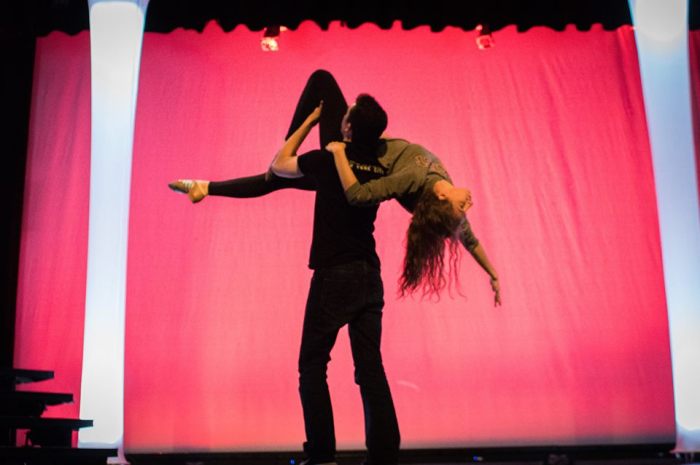 A. Preparation was pretty intensive, I would say. Prior to the show, we had the normal Tuesday and Thursday rehearsal times, as well as a Friday from 7-11:30pm. People who wished to perform their own numbers, were selected on an audition basis. One thing that I noticed since I joined Singers, is there is absolutely no stopping. Prior to this past event, we just finished our Family Weekend Concert, and now, this week we will be preparing for our Christmas Concert (Which I am beyond excited for!).

Q. What was your favorite number you performed?

A.  Our favorite number was most definitely Little Shop of Horrors. We worked really hard on the number, and the funny lyrics made the number just that much more fun. As we got to know the music more we began playing with the style as we added technique, one part I loved about the number was our ability to act more as we sang!

Q.How can others join Singers?

A. I definitely encourage others to join the club. You can join Singers in the beginning of every semester. You do not even have to worry about auditioning. (Yes Jackie, that means you can join). One thing I love about the club is that it is really flexible, if you have a night class and can not make a rehearsal, you are allowed to do singers on a once a week basis as well. Fun Fact, you can even take Singers, as a one credit class instead of a club, and still be able to participate in all our events! Definitely many opportunities to get involved within the group. 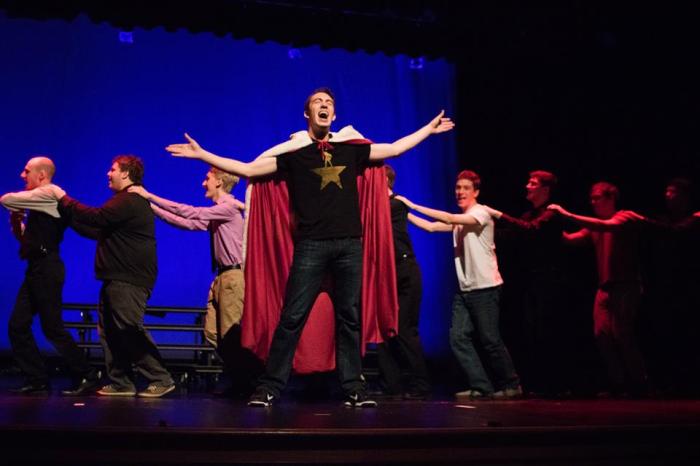 Q.Were there any other musical groups involved in the event?

A.Yes there were many other groups involved in A Night on Broadway that helped contribute to the success of the event! These groups included The Singer Chamber Group, and Time Check and Sirens–some of our a cappella groups on campus. All of the a cappella members are actually also members of Singers and audition separately in order to get into these elite groups.

Q. What is the next event where we can watch Singers perform?

A. As of right now, I do not have a definite date yet for the upcoming Winter Concerts. But, keep your eyes open for flyers around the Student Center for the next Christmas Concert that we will be performing with the orchestra.

Check out some of the Singers Performances of the night!

To learn more about Marist Singers, check out