It’s crazy how the little decisions that we make can change our lives. Almost a year ago I attended the open house for accepted students here at Marist. As I began writing this article, I wasn’t sure why I was feeling so nostalgic. Then I realized choosing to attend Open House for Accepted Students was one of those little decisions I made that changed the entire course of my life. Accepted students day was the last push that I needed to convince me to officially commit to Marist. If you are currently a prospective student who is trying to gain insight as to what an Open House for Accepted Students is like at Marist, this article is perfect for you! 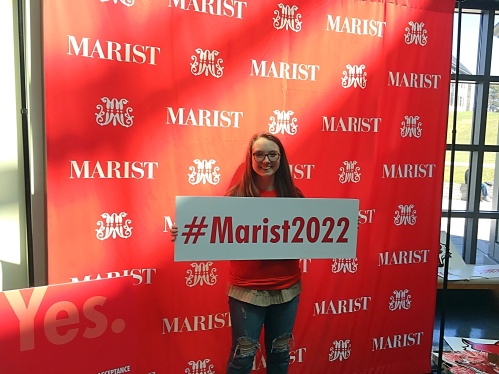 Personally, my experience was a lot different than that of my friends. I did an overnight the night prior to accepted students day. Staying over allowed me to shadow a student during one of her fashion classes which offered me insight into what it’s really like to be a Fashion Design student here. If you’re questioning how you would function at Marist, I definitely suggest reaching out to Admissions about setting up a shadow day. Later that day I attended a dinner for students who were awarded the Presidential Scholarship. Not only was the food great, but this dinner set the tone for my entire accepted students weekend. It was a fantastic networking opportunity. Everyone you spoke to began the conversation by congratulating you on your acceptance. It felt so welcoming being celebrated in such a way.

The next morning as I woke up with the overwhelming feelings of nervousness and excitement. Outside everyone was wearing red to show their Marist pride. The ambassadors do a great job at creating a celebratory environment. Walking into McCann the school spirit was contagious because of the mass amount of people wearing red shirts. I was shuffled into the gym among the other accepted students and their families. The reception started with President Yellen speaking about the history of Marist and how much of an accomplishment it was to have gotten into Marist. The meeting concluded with a full pep rally where the prospective families where taught the Marist fight song. The entire gym was unified over everyones love for Marist. At this point I started to feel like I was accepted and belonged here. 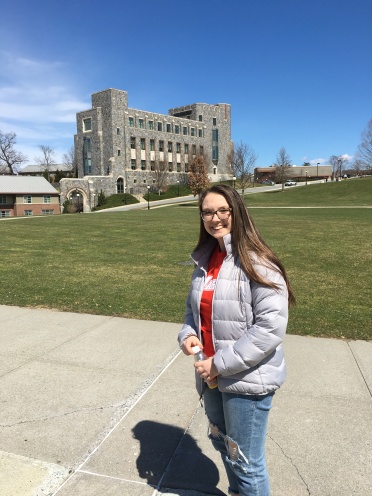 After the beginning reception, families basically got to do their own thing. The Fashion Department is part of the School of Communication and the Arts. My parents and I went to go listen to the dean of the School of Communication and the Arts speak about the programs that they offered and opportunities available at Marist. Next, we were split into groups corresponding with our major. This meeting was more specific about course load, alumni connections, and the overall structure of the fashion program. We were introduced to the dean of fashion and other accredited faculty. I was one of those students who loved learning about the program I was going into, so hearing Professor Cramer and the other professors spreak was really fun for me.

As this meeting concluded, my parents asked me if I was sure I wanted to come to Marist next year. It was no secret that I was set on Marist and at this point I did not even want to attend any other accepted students days or open houses. After saying yes, we headed to the Rotunda to see where we could make to enrollment deposit and officially commit. On the way to the Rotunda I saw more students wearing red shirts and celebrating. Inside the Rotunda it was packed with prospective students and their families. Photos were being taken in front of various “Class of 2022” posters. I followed my parents into the admissions office and were kindly escorted into a conference room. We signed some papers and made it official. Suddenly, I didn’t feel nervous or stressed anymore. I began to realize that everything I had been worrying about pertained directly to the idea that I didn’t know where I was going to college for sure. I felt a weight come off my shoulders. Knowing that the college search process was over and everything I had done in high school had finally paid off was the best feeling ever. I walked out of the room and one of the ambassadors announced that I had just committed as they rang a bell. Instantly everyone cheered and congratulated me. I had never felt more comfortable and welcomed by a college campus. 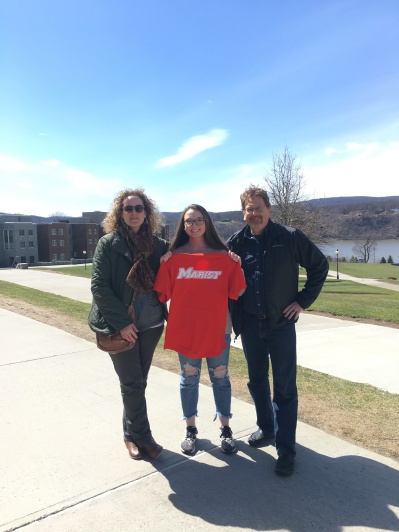 The open house for accepted students was by far my favorite part of the college search process. I can not stress to you enough how much I suggest you go. It’s a great way to meet new people and become acquainted with the campus. My best piece of advice for anyone going into their accepted students day is to take it all in. Understand that no two experiences will be the same. Try not to put too much pressure on yourself to have fun or create a picturesque accepted students day. Just enjoy your time as much as you can because you’re gonna miss it in a year.