Nora Proce is a senior from Garden City, New York. She is double majoring in English with a concentration in Writing and Media Studies and Production with a concentration in Film and Television. A social media addict, she plans to pursue a future in Social Media Marketing. On campus Nora is involved in Marist Ambassadors, Greek Life, MCTV, and Alpha Epsilon Rho.

Nora also works on the Marist Social Media Team and creates content for the Marist platforms. When she isn’t working, Nora loves hanging out with her friends by the Hudson River and creating new memories she can capture through her camera lens. She is very excited to be able to blog about her experiences at Marist through her articles! 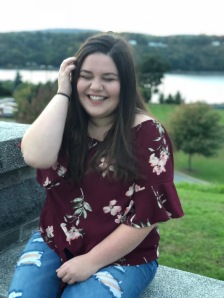 Nicole Formisano is a freshman from Merrick, NY. She is majoring in English with a concentration in writing. Nicole is involved with the ambassadors program and Singers. She loves the outdoors and can often be found admiring the sunset over the Hudson.  She also has a newfound love of travelling that has been nurtured by the Marist study abroad program. She hopes to continue to explore new horizons in her time at Marist, and looks forward to sharing her experiences with the community. 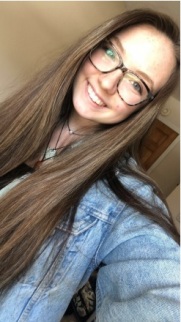 Kira Curley is a freshman from Saratoga, New York. She is majoring in Fashion Design with a minor in Computer Science. Due to her passion for creativity and technology, she hopes to pursue a career in wearable technology. On campus, Kira is involved in Marist Ambassadors, Fashion Inc, S.E.E.D, and Her Campus. Growing up in close proximity to the Adirondacks led to Kira’s love for the outdoors. In her free time, she adores skiing, hiking, and kayaking. She looks forward to further exploring Marist and sharing her adventures along the way!

Jacqui Porcelli is a freshman from Clark, New Jersey. She is a Fashion Merchandising major and hopes to work at a fashion magazine in the future. On campus Jacqui is involved with Marist Ambassadors, Ethical Fashion Initiative, Fashion Inc., and National Retail Federation. By growing up close to NYC, Jacqui has a love for traveling, whether it is a train ride to NYC or jet setting to new country. Jacqui is excited to share what an amazing community Marist is to everybody!

Tyler Ree is an outgoing 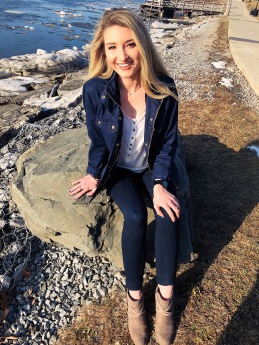 junior from Northport, Long Island. Despite being one of the youngest in the grade, she is one of the people who can make friends with everyone and anyone she comes across. Here at Marist, she is majoring in Communications concentrating in Advertising with a Business minor. On campus she can be found giving tours and a member of the Ambassador Program, trying to share her love of Marist with every prospective student she sees.

In her spare time, she can be found supporting her friends at sporting events, taste-testing around Poughkeepsie, or hanging out by the Hudson. Her love for the school and talkative nature are what motivated her to become a writer for Fox Tales. She now has the opportunity to share all her thoughts and feelings about the campus and allow her to speak to an audience that is forced to listen to her. She loves anything fried or covered in chocolate, and you will always find her with a cup of coffee glued to her hand.  She is planning on studying abroad in Florence next spring and eat her way through Europe.

Fox Tales is a a great way for Tyler to express her love for food, friends, and her school.

Grace Maeda is a sophomore at Marist and is from Maui, Hawaii. She is studying Communications with a concentration in Journalism, and is involved with S.E.E.D Club, Marist Ambassadors as well as intramural sports. During her spare time Grace can always be found outside by the river or on the Marist beach. 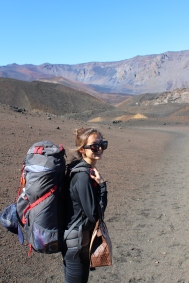 Grace also enjoys exploring the city, finding unique places to eat and shop. She knew Marist was the one because it is so close to the city and has a stunning view of the Hudson River. Grace is excited to be able to share her experiences at Marist and write about all the fun things happening on campus!